What Are The Major Obstacles In Development? 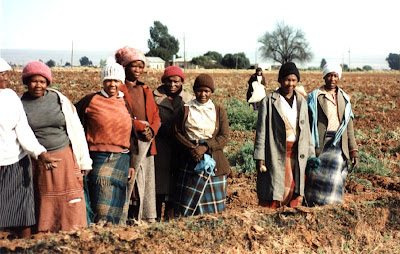 Countries can be generally classified into 3 types:

There is even the term Fourth World countries (countries with low income) due to the vast divide even within Asian countries itself. Countries like Malaysia & Singapore are in middle income while Myanmar for instance as low income. Then we also have NIC (Newly Industrialised Countries) such as Taiwan, South Korea, Hong Kong & Singapore which has strong Western industrial base

If one observes, most of the rich countries belong to the northern hemisphere while those poor countries are mainly from southern hemisphere. Hence economists come out with the term ‘North-South Divide’ to describe the growing income inequality

Constraints of development in Third World countries can be divided into 4 categories:

(1) Inadequate natural resources. As learnt in Unit 1 & Unit 3, a country’s economic growth will be limited if it is running out of resources including fertile land. This can be shown using the PPF or even the AS curve. All these resources are said to be able to increase the productive capacity of the economy. Developing countries are too populous. As such serious shortage of land is a common phenomenon which leads to many damaging effects. First, with lesser lands, there will be significant fall in cultivation activities which are the main source of income for poor countries. This is being made worse with low level of technology acquisition which could have helped them to produce in mass. Also farmers couldn’t reap the benefits of EOS since lands are often being fragmented either through force by government to ensure fairness in society or pass on from one generation to another. Second problem is acute food shortage. All these will hinder economic growth & lead to problems like starvation

Evaluation: Natural resources could be one of the most dominant factors in pursuing growth & development. However, there are some countries which have no resources such as Singapore & many others from Western which have been successful in pursuing their objectives. This is because they shift their PPF outward by ensuring the high standard of their human capital. Countries like Russia (earlier), Ukraine & Argentina are endowed with such resources but have poor growth

(2) Untapped resources. No doubt many poor countries (Sub Saharan African) are blessed with natural resources. However most of them are untapped. The reason is because lack of R&D which may lead to low discovery of mineral deposits. Also they do not possess the necessary technology to mine. Rich countries which often have the expertise will not want to set up a firm in a country where its political system has collapsed & the governments are corrupt.

(3) Inefficiently managed resources. Many poor countries do not achieve both productive & allocative efficiency. Productive inefficiency exists due to absence of competition, contracts & projects are awarded to family members or political patronage, government adopting a close economy policy etc. Allocative inefficiency persists as factors of production like labor & capital are used to produce too much of something & too few of something else. As such someone else can still be made better off without making someone else worse off. For e.g. Indian government was being criticised for encouraging the production of oilseeds & sugar cane where it has no comparative advantage. It should concentrate on rice, wheat & cotton

(4) Lack of human capital. Poor countries have low allocation of budget onto education & health sector. This is due to 3 factors. Firstly, falling export revenue of agriculture produce due to various import restrictions from developed countries e.g. CAP (Common Agriculture Policy). Secondly, large proportion of national income was devoted to service debts to IMF & World Bank. Thirdly, these financial institutions imposed various austerity measures as a condition for rescheduling of loans.

Evaluation: At the meantime, healthcare sector should get more attention in funding than education. There is no point having educated workforce but with poor health & low life expectancy

(5) Rapid population growth. According to Thomas Malthus, the food is growing at an arithmetic progression while population at geometric progression. There will be a period where we may run out of land to produce food sufficiently to sustain the rising world population. His argument seems to be true in some poor areas like in Africa where changes in weather caused difficulty in carrying out agriculture activity & yet population growth is a time bomb

(6) High dependency ratio. This ratio is set to rise as number of children is growing & yet number of working adults is declining. There will be more children being taken care of for every adult & could be a burden to an already poor family

Evaluation: From the formula of dependency ratio, it is stated that one category of people being considered as dependence is those between 0-15 years old. But in many poor agriculture-based countries, those young ones are being forced out of school to help on the farms. As such, they may help to reduce the burden of family

(7) Lack of savings. We have learned in Unit 1. To achieve higher growth in future, a country must invest more on capital goods by sacrificing current consumption. Unfortunately, the living standard in many developing countries is very near to subsistence level. Wages are more often than not, sufficient for consumption & other basic needs. There will be very less savings, which is crucial for acquisition of capital goods in future

Evaluation: The government can play a role in encouraging savings via expansionary fiscal policy which lead to creation of new jobs. The state government can also reduce wastage by identifying state-owned firms which will never be profitable. Also monetary tools such as increase in interest rates can be enforced to encourage savings

(8) Lack of infrastructures. Due to the burden of debt & austerity measures imposed onto many developing countries, infrastructure development is far left behind. Nothing much has been done to improve the telecommunication & transportation which are key services that will attract foreign investment. Roads, bridges, harbours & railways are in bad condition & may affect the timely delivery of goods. Also in most places in SSA, safe & clean water supply is still an unresolved issue. It is therefore very common to hear outbreak of diseases such as cholera with the most recent one in Zimbabwe

Evaluation: The IMF & World Bank are not to be fully blamed for all the economic mess in developing countries. While it is true that austerity measures had played some role in putting poor countries in tighter condition, the recipients of aid must shoulder the blame too. It is not uncommon to hear that some corrupt country leaders had siphoned those monies into their own account, use it for political agenda etc. Also it depends on their prudence on using the fund provided
Posted by Lawrence Low at 7:59 PM

wow!!..thank you very much for this article,..i have learn t a lot about the constraints of development in the third world countries.,..