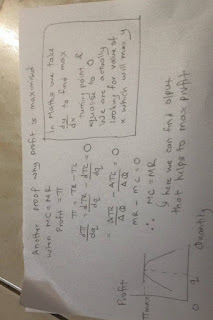 There is a reason why profit is necessarily maximised at MC = MR. When MR > MC, the firm should continue producing more output. The logic is, at this stage of production, for every one unit of output produced, it adds more to TR than to TC. As such, a rational producer would want to produce and sell more because there is room for supernormal profits to be further increased

At MC = MR, it implies that for every one unit of output produced, TR increases at the same pace as TC. Profit has therefore been maximised. There is no more room for any further rise in abnormal profit

It will not produce where MC > MR. This is because, for every additional one unit of output produced, it adds more to TC than to TR. While there are still profits to be made, it will not be at the position where they are maximised
Posted by Lawrence Low at 11:20 AM No comments:

Mathematical Relationship Between APC and MPC 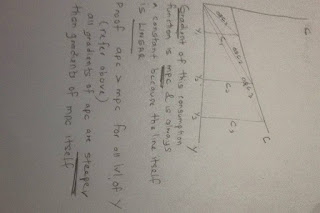 The Basic Mathematics of Costing for CIE/ Cambridge A-Level Economics 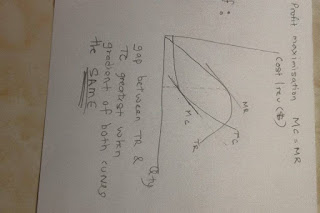 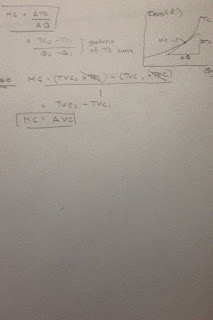 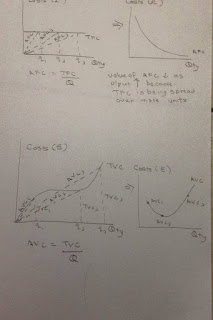 Posted by Lawrence Low at 10:58 AM No comments:

The Most Common Errors Found in Paper 3 (9708) of CIE A Level Economics (8pm tonight, Malaysian time)