Posted by Lawrence Low at 9:52 PM No comments:

In a standard textbook theory, a competitive market assumes that economic agents like buyers have perfect knowledge of the goods and services sold. This means a buyer knows about the quality of product being sold, its cost structure and information of the product is freely available. As such purchasing decision is made

In reality, all these don’t exist. There is always the case of information deficit which leads to market failure. Sellers always have an upper hand over buyers. They just know too many things that buyers don’t. As such they can take advantage of the situation 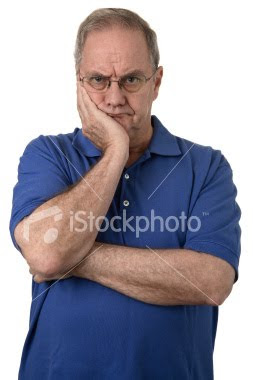 (1) Car mechanic. Whenever you send your car to the workshop, there is a tendency that he will tell you that your car has all sorts of problem. There could be several parts that need to be changed. He could be so convincing that you give in just like that. After all, who wants to take the risk of car breaking down in the middle of night or road

(2) E-bay transactions. A seller overseas may prescribe their item as ‘NEW’ or even ‘ORIGINAL’ or ‘NO MISSING PARTS’. For the same item, they may not even display using the picture of their own. Instead they use the picture of the item from some other sellers. Are they trying to hide something? No buyers know for sure. In such circumstance, it leads to market failure as transaction is prevented especially for very pricey items as buyers do not want to take the risk

In short asymmetric information can be caused by the followings:

(1) Addiction. Hardcore smokers and drug addicts maybe so addicted that they didn’t even realise the possible health problems they may be facing in near future. By the time they are aware, it could be too late already

(2) Misleading information. Companies that sell junk food often use persuasive advertisement to lure kids into consuming unhealthy stuffs. It may come along with free toys, interesting animation and of course making those kids in the advertisement look so cool when eating it. As such the demand for junk food can increase and the consumption will be more than optimal
(3) Uncertainties of costs and benefits. There is quite a number of young people I met who choose to drop out from school and start working at young age. That is because they see the short term monetary reward from working. However, they may not realise the potential private benefits accrued to them in the long run. Statistics have proven that on average employees with basic degree stand a better chance of earning much higher income than those who just possess O-:Level and A-Level. Another will be savings for retirement. Many young people choose to enjoy while young and start saving at later age. The problem is, they are unaware of the danger of getting into debts due to excessive spending. Also they are unaware of the point where they need to kick start savings
Posted by Lawrence Low at 9:33 AM No comments:

To What Extent E-Bay Resembles A Perfect Market?

In market structure, students are often told that perfect competition don’t really exist in the real world. It is not more than an idealistic business model with many unrealistic assumptions. My students often question me the purpose of learning this topic. Rather than telling them that it is syllabus requirement, I emphasized that economists developed the model so that we can later relax the theoretical assumptions and head towards more realistic ones

In short, it exists to facilitate comparison. However, sometimes I find myself in contradiction. Although not exact, there are indeed certain businesses out there that really meet some of the assumptions.

Is one of the best examples of perfect market. There are just too many internet shoppers who are looking for certain item. None of them have dominant buying power to influence how it is priced. At the same time, there could be tenths or hundreds of sellers selling the same item. The number of items they have is insignificant as a proportion of market. They too cannot influence how it is priced

Also the barrier of entry and exit is either very low or none. To my knowledge, an e-bay seller will have to pay certain amount of money when they display or sell online, but the amount is ignorable. As such anyone can start their business online. Also if sales are no good, the seller can just exit the market or close an account with e-bay

Third, sellers are selling homogenous goods. There are certain same items which are sold by many e-bayers

However, asymmetric information exists. It is said that buyers have complete knowledge on the price and quality of product. In reality, this is not the case. Sellers who are desperate to push for sales may provide fake information regarding the items on sale. Now, I will talk from my experience as an e-bayer myself. I do collect rare items such as Transformers robot from 1980s series. However, disappointingly I do get items which are not as prescribed by the seller. It stated the item is brand new when in fact it has turned yellowish due to lack of care or exposure to heat. The problem is payment has been made, and in ultra rare occasion will the seller refund you partially or fully

On the other hand, it is said that sellers know the best production techniques. In this case, source an item at the lowest cost possible. This may not be the case, as certain sellers order things in bulk while some not. Those who purchase inventories in bulk will be entitled to purchasing EOS and also likely to enjoy free shipping cost. As such it will be reflected in lower price. In a nutshell, even for the same item with same condition prices are highly unlikely the same

Lastly, sellers can influence the market price, depending on what they are selling. Those who sell rare items where very few have in the market, can somehow collude with other sellers and set high price. Don’t be surprised if I tell you that there are some Transformers 6 inch figurines which can fetch up to US$ 2000. In this case, oligopoly is said to have emerged. They collude in a way by sending price ‘signal’. If a seller places $2000, other e-bayers who have the same figure may take that as a signal and begin to price somewhere to that price. The first seller is said to be price leader

If you find this hard to believe, check this link:

Why Minimum Wage Is A Must?

A minimum wage is the lowest hourly wage an employer is obliged to pay to workers, below which is illegal for them to hire anyone. In UK, the national minimum wage (NMW) has come through a long way since first introduced in 1999 by the Labour. Since implemented, its advantages are as equally divided as its disadvantages

Supporters in general claim that this system can help the socially most disadvantage group, i.e. those with lowest paid. On the other hand, opponents claim that if it is high enough to be effective, unemployment will increase. In the end it will be a lose-lose situation for both parties

The latest statistics for minimum wage: 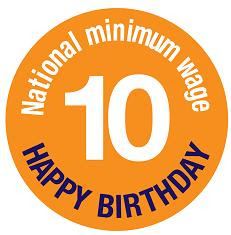 (1) Poverty reduction. A mandatory annual increase in minimum pay is highly applauded by the most vulnerable group of the society. With increasing income, they are able to purchase more necessities especially food and on clothing. Although may not be significant, at least their standard of living increases

(2) Increase productivity. Everyone reacts to incentive. That is human nature. Workers especially the less-skilled one will be motivated to work harder since now the take-home pay has increased. This will result in lower production costs as total costs are spread over a larger range of output. However, the claim is only true if output increases at a faster rate than increase in wages

(3) Incentive to look for jobs. Again this affects the less-skilled workers. When there is an increase in NMW, the gap between benefits and income from employment widens. It increases the opportunity cost of staying unemployed. As such, more will be pressurised to enter the job market. If this materialise, there will be lesser spare capacity in British economy and UK may produce nearer to PPF

(4) Increase investment. Firms which employ many low-paid workers will now feel greater pinch to their margin. To stay profitable and competitive, they will have to invest for instance in better technology to reduce costs per unit. Also they will find ways to increase labour productivity

(5) Steer economy forward. UK is a consumption driven economy and this component of spending is standing at about 70% of her GDP. It must be acknowledged that poorer people has higher marginal propensity to consume (MPC). In other word, they spend larger proportion of their income to buy things than the rich

(6) Compensate for monopsony power. Normally, it is those multinational firms that have such power. They could be a major employer in an area. It could also be a firm which is one of its own kind that many workers depend their livelihood on. As such they possess strong bargaining power and can easily exert downward pressure on wages. With the mandatory minimum pay, big firms find that it is now more difficult to flex their bargaining muscle
(7) Reduce cost of government. Increase in minimum pay will significantly help to reduce the financial burden of UK government. This is because, the state no longer have to spend so much onto social security programs such as providing cash assistance to the needy or even some other benefits to single mother with a child. The social burden is now corporate responsibility

However, it is not without problems:

(1) Cost-push inflation. Critics argue that the welfare of the lowest paid will not improve. While firms do give in, eventually they factor in the higher wages as part of production costs. Therefore the selling price is now higher. It is associated with the phenomenon of cost-push inflation (Unit 2). Also it is just a matter of time before the lower income people begin to realise that they are being priced out once again. In return, they will bargain for higher salary. The vicious cycle will repeat itself. Soon price level in UK may become too high

(2) No effect on poorest. In theory, increase in minimum wage will raise the standard of living. However, the rise must be high enough to create such impact. I’m highly doubtful how an increase of 7p to £5.80 for those aged 22 and above can do them good. Even in better times, an increase of 15p is highly unlikely to change the welfare of an ordinary worker because the cost of living increases at a faster pace

(3) More young people entering job market. The introduction of minimum pay even to workforce as young as 16-18 years old is said to have enticed more people to abandon their education to adopt a working life at immature age. Supplemented by asymmetric information, youths may not be well aware of the greater private benefits they might get when they obtain a basic degree for themselves. While it is true that they have income while their friends spend time studying, the potential for their friends to earn big income for the rest of their life is much higher

(4) Loss of jobs. With minimum wage, firms will demand lesser workers. At the same time, higher pay attracts more people to supply their labour. The gap created between these two is called unemployment
Posted by Lawrence Low at 8:58 AM No comments: