This topic is much central to the concept of YED (income elasticity of demand). Again, it is defined as responsiveness of quantity demanded due to the change in income

Generally we have 3 situations:

(1) Luxury goods (YED greater than 1). This means, a slight increase in income will cause a greater than proportionate increase in the quantity demanded for that product or services. Of course it works the other way too. When there is a slight fall in income, it will lead to a larger than proportionate fall in the quantity demanded for it

(2) Inferior goods (YED is negative). This means, as our income falls our quantity demanded for that particular item will increase & vice versa

(3) Normal goods (YED between 0 & 1). An increase in income, will only generate a smaller than proportionate increase in its consumption (vice versa)

As for this case study which I found from BBC (I realise UK people are really an ‘economic society’), I am interested only in the argument of luxury & inferior goods. The timing is just right. UK is already in recession technically & unemployment has escalated to an unseen level since 1997. It will be interesting to find out how does the consumption pattern have changed in the recent months. Also, it will be relatively easy to identify which items are inferior & which are luxuries in such period 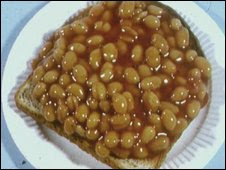 Baked beans (inferior good)
What items have soared in demand? 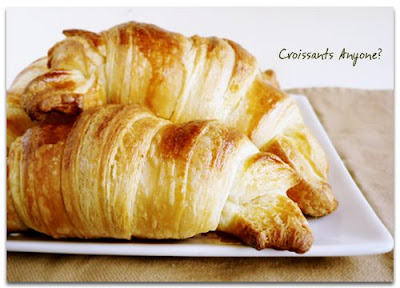 Bagels (luxury goods)
(2) Standard white sliced bread (classic inferior good). I wouldn’t be surprised with rising demand on this item. This is because, it complements with baked beans. People normally served them together (look at picture). Its demand soared to 55% in August. An increase in demand for one, will lead to an increase demand for another. This also shows that at the moment, Britons do not favour premium bread like seeded loaves, croissants & bagels

(3) Olive oil. Well this is a conflicting one. It used to be known as luxury good. People consume more of it during the period of stable economy. Somehow, the consumption pattern has shown increasing trend in period of difficulty. Does the preference of Britons changed so much that now it becomes a staple food? There could be other reasons here. It could be the British consumers are more convinced of olive oil’s benefit to health, which ensure them to continuously spend money on it rather than cutting back

Which items plunged in demand?

(1) Organic food. In period of falling income, demand for organic food has shown a slide too. Relationship between income & demand is positive suggesting it as form of luxury good. Somehow, certain consumers claim that it is shameful to assume organic food as luxury rather than necessity accruing to the benefits it provided

How does simple knowledge of YED becomes a powerful tool to business?

(1) Discount retailers & large supermarket like Tesco. They can plan ahead to stock more of these goods in their outlet. It is also a way to increase their profit even in the period of doom & gloom. Besides they can push for the sales of ‘own brand’ such as Tesco brand bread, Tesco brand shampoo etc. Also it enables them to conduct pricing strategy given that some inferior goods could be substitute to another e.g. baked beans & white sliced bread

(2) Manufacturers. There is no other time like now to boost the production of can food. They may witness a windfall profit while other food companies are on the declining side
Posted by Lawrence Low at 9:00 PM