Specialisation of labor: Happens when workers are assigned specific tasks within a production process 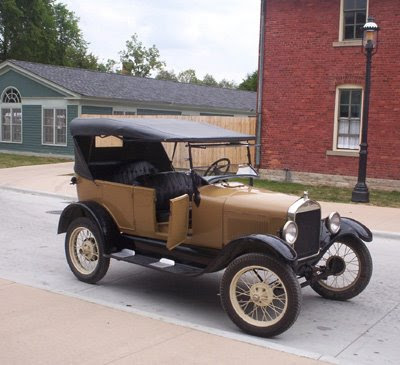 “Ford’s Model T initially took 12 hours 28 minutes to assemble, then later became 5 hours 28 minutes before arriving at 1 hour 33 minutes after a refinement at the assembly line by Mr. Ford”

(1) Increase in output. By constant repetition & specifically targeting one task, a worker can easily increase his or her efficiency & skills. The production process of that particular segment will also be speedier. As a result more output is produced

(2) Time saving. We can look at this from 2 angles. First, by focusing on one task the worker is not obliged to move around & switching one task to another. Imagine what will happen if a cook becomes a waiter at the same time. Also time can be saved when it comes to training people. It would take years just to train a worker to fully assemble a car. But a single worker can be trained immediately to fulfill one operation from the whole production process. As such companies will be able to deliver goods on time

(3) Make full use of one’s ability. With division of labour, there is higher chance that people will get to do what they like the most. Greater interest in job will always ensure one perform better e.g. higher productivity than another who is not. For instance, I like lecturing very much but I hate heavy administrative works (some colleges, lecturers have to do everything). As such I’m able to devote all my concentration, energy & interest into teaching

(4) Practical to use machineries. Say, there are 50 workers in a firm. There is no specialisation at all & these workers do exactly the same thing. As such the firm needs to provide 50 machineries for them to work with & this may not be cost-effective. However with division of labour, now it makes more sense to provide a smaller group of workers, say 4 of them with machineries

(5) Greater job opportunities. Specialisation can lead to creation of more jobs, each requiring different set of skills. Say initially the chef is all the waiter & cashier. After specialisation, there will be 2 more vacancies created

Division of labour is not without problems either

(1) Workers may become boring. A worker which performs the same operation each day is likely to become very bored. This may lead to problems like fall in productivity, high turnover of employment etc especially if those jobs are easy tasks e.g. waitresses. To counter this, more employers have given flexibility to workers such as listening to music, taking light snacks e.g. sweets, chocolate bar, other perks & benefits

(2) Alienation of workers. Workers may begin to feel unimportant since they no longer see the final results in their efforts. To make things worse, someone else from another chain of production process may be granted credit for someone’s else labour. This is very common in corporate world. For instance, Mr. A thought of a great marketing strategy, but it is his boss, Mr. B that was given credit by the higher management. This could lead to problems like alienation, dissatisfaction which leads to fall in productivity & strikes as we commonly see in developed economies

(3) Too interdependent. The whole production process relies on the teamwork of each division or department. If there is any breakdown or communication failure within, the smoothness of the production chain will be affected just because of 1 department. This may result in late delivery of goods, complaints, losses, loss of good reputation etc

(4) High risk of unemployment. In the modern labour market, despite specialisation employers do like to hire people that are able to multi-task. This is very true especially smaller but growing firms which often see cost-cutting as their main priority. Being too specialised, one could face difficulty obtaining alternative employment if they are retrenched. This is often related to structural unemployment. For e.g. from 1960s-1980s Scotland, Wales, northern England & northern Ireland faced great unemployment due to declining importance of coal mining & ship building industries
Posted by Lawrence Low at 4:59 AM