Will EPF Slash To 8% Helps To Prevent Slowdown In Malaysia?

We have seen something like this in Malaysia earlier. In 2001 & 2003 the cut lasts for 1 year. Now, it’s slightly different. EPF contributors are given an option, to or not to?

Much of the arguments here are pretty much the same like my previous posting. This is because of its similar nature with tax cut 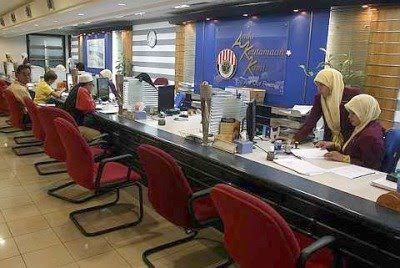 (1) Reviving the real economy. Just like lower tax, the lower EPF contributions by 3% means workers will have higher disposable income at the end of the month. This should encourage more of private consumption into the economy. As C increase, so does AD. Over time, we may witness an increase Malaysian economic growth

(2) Coping with larger commitments. There are many working individuals who have monthly obligations on large items on credit like car & house. Having more money will definitely help them to ease these financial burden

(1) Insufficient to stimulate economy. Malaysia just like other developing & developed nations is not spared from the global economic meltdown. News over unemployment e.g. today Citibank announced that it will be cutting 53, 000 jobs worldwide, more Malaysians are returning to Johore from Singapore etc is good enough to install fears. Consumer confidence begins to deteriorate. Therefore in such period, likely all these cut will not be spent but saved for rainy days. I argue that the RM3.2 billion increased in spending announced by government is little bit too ambitious. As people save, there will be leakage. AD may increase, but not much

(2) Loss of savings. From economic point of view, cut in EPF contributions may have different impact, depending on whether the individual is in low or high income bracket. For high income earners, such a cut will not boost their spending. Rather, most of it will be pocketed. Meanwhile, the poor who has higher marginal propensity to consume (MPC) will likely spend most of it. Therefore within these 2 years, there will be a huge disparity between the savings of the rich against the poor

(3) Is government sure of what it’s doing? There could be a possibility of government ‘experimenting’ a rare way of increasing spending. If this is such a good way to rejuvenate the economy, why don’t we see this option exercise more often? Second, if it is surefire of preventing the local economy from slowing down why still hesitate to make it optional? Why there is no option for us when it comes to tax or interest rates deduction? For e.g. optional scheme to pay lower tax now, but higher in future.

(4) Depends. In theory, it should work accordingly. But in reality, whether people decides to spend or not depends on many other factors. For instance, is there any assurance that the oil price will continue to be at this level, RM 2 per liter? Will economy recover soon? Most important, will there be any increase in income tax these 2 years? Some may argue that in period of economic slowdown/ recovery, this is highly unlikely. But don’t forget, the budget deficit as % of GDP is ballooning (although not as big as in UK & US) as our economy is shrinking & yet government expenditure is ballooning. Do the math & you’ll understand. Government must need finances from somewhere to bring it back to equilibrium
Posted by Lawrence Low at 8:04 AM

EPFO Portal has newly Introduced a new system to facilitate online submission of PF transfer claims by the members. epfindia