Proposed by Sir Arthur Lewis in 1954. The theory explains about the transition of labour between 2 sectors, from the agriculture to the industrial

(1) Agriculture. It was assumed that many LDCs (less developed countries) had dual economies, the traditional agriculture sector & modern industrial sector. The traditional farming is characterised by subsistence nature, that is most of the agriculture produce are meant for own consumption rather than traded. Also it is of low productivity, hence low output, low incomes, low savings & high unemployment. Migration of labours to urban is said to have negligible impact on agriculture output as MP = 0. (marginal product of farmer is zero). Think about this. How many farmers can be employed on a fixed number of lands?

(2) Industrial sector. The modern sectors will absorb surplus of labours from rural. As employment increase, there will be more output hence more income & profits. Additional income will increase demand for domestic goods & services while increase in profits will be reinvested. The rural-urban migration therefore offers self-generating growth

(1) MP = 0 is true in certain times. During the planting & harvesting period, definitely more workers will be needed 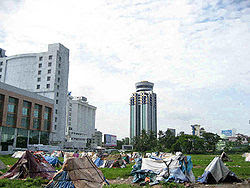 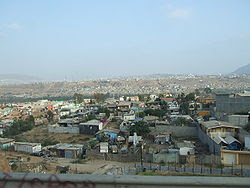 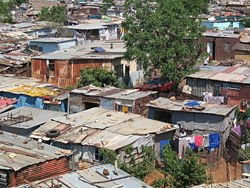 (2) Modern sectors may not want to hire more workers. With greater profits, modern sectors may invest in capital-intensive methods of production rather than labour-intensive. As a result, those newly arrived rural migrants which cannot be absorbed into formal economy will join the informal economy & live in shantytowns. (Have you watched Hulk at beginning of the scene in Rio De Janeiro? Those are shantytowns)

(3) Negligence of agriculture sector by government. Realising that it is industrial sector that drives the economy, government may soon neglect primary sector, yet most people live in rural areas where incomes are low. This will cause widening of income inequality

(4) Inability to absorb. The rural-urban migrations in LDCs in reality, has been much larger than the ability of industrial sectors to absorb. Urban unemployment will result & as such we say urban poverty has replaced rural poverty
Posted by Lawrence Low at 7:20 AM