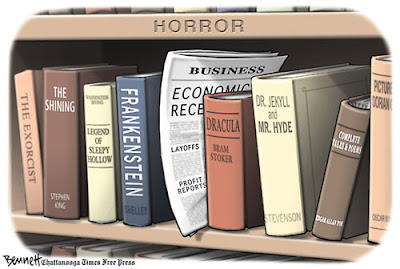 Is economy that horror-ble? In the period of economic boom, all countries seems to have some kind of ego talking about their GDP figures, how does the stock market performs, rise in paycheck etc. But in the period of recession the only thing that haunts every economy is volatile stock market that wipes out billions in a day, rising unemployment, GDP sliding into red, pay cut & all other bad things 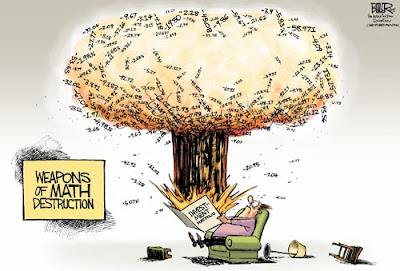 Well, it’s not wrong spelling. It is meant to be MATH rather than MASS. The plunge of US stock market is closely associated with those mathematically complicated investment that not any ordinary person on the street can understand. Maybe not even a Professor! 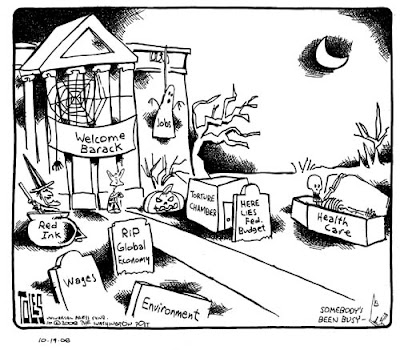 The ‘haunted’ White House represents series of problems that President-Elect Obama will inherit from its predecessor, George W. Bush. Among problems highlighted is the dying global economy led by the downfall of America, ballooning expenses on healthcare due to the rising amount of retirees & the large scale of unemployment in US economy