This round of recession is expected to slam British economy with another shock & that is worse exodus of its own national. Over the past few years, on average more than 200, 000 British citizens or one in every three minutes had chose to leave UK. Majority of emigrants chose to settle in English speaking nations like US, Canada, Australia, New Zealand & tourist attraction like France & Spain (1) High house prices. UK property prices are traditionally known to be overvalued. During the era of cheap borrowing, banks & building societies have been very keen in lending money even to high risk borrowers. This is because they thought that the property prices will bubble ‘forever’ & as such these people will have no problem in repaying it in future. However, years later prices of residential property would have been too high for many first-time buyers. Also, supply of housing is very inelastic. There is acute shortage of land due to Green Belt policy, difficulty to get planning permit etc. These two factors combined, provide sufficient reason why UK is increasingly unaffordable

Despite some may argue that house prices had fallen recently from its peak in August 2007 by 22.5%, still I would say it is unaffordable within this period. The house price to average earnings ratio is currently standing at 4.26 (April 2009) compared to its peak 5.84 (July 2007), above long term trend of 4.0. Let’s not forget that banks these days are more stringent in lending, for instance requiring borrowers to place 25% deposits of value of property. We know that British society has very low marginal propensity to save
(2) High level of income tax. In the recent budget, Labour revealed that income tax onto those earning more than £150, 000 will increase from 45% to 50%. It will come into effect by next year’s April onward. This may herald a 1970s style of brain drain. The emigration of those British entrepreneurs to tax haven countries could have a more damaging effect onto economy than ordinary Britons.
Tax haven countries
http://www.zyra.org.uk/taxhaven.htm
These are some comments from the richest 1% of Britons:

Hugh Osmond (pub to insurance entrepreneur)
“It’s highly unlikely that I will continue to have the UK as my country of residence. It’s just as easy to work from any close location – Switzerland or wherever.” 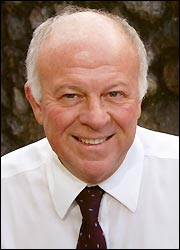 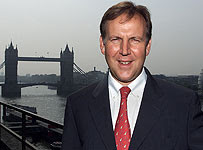 Stanley Fink (the former chief executive of the Man Group hedge fund)
“There will be some successful entrepreneurs who decide to move to Switzerland or Ireland. I’m aware of one or two people who made active plans to decamp when Labour announced 45 per cent and will put those plans in motion.”

Philip Lambert (Chief executive of Lambert Energy)
“We are seriously considering” relocating abroad since the state has total hostility or apathy towards entrepreneurs”.

(3) Higher salaries abroad. Of more than 3 million British-born people living abroad, approximately one-third of them are highly skilled university graduates. They are largely made up of teachers, doctors, engineers & scientists. This is certainly bad for UK which is in dire shortage of manpower in these areas. Unfortunate for UK, foreign governments such as US is very willing to pay high salary to retain the brightest of hopes. They have various staff-retaining programs. Other than US, many countries are willing to do the same & let’s not forget that cost of living abroad is more affordable compared to UK

(4) Other reasons cited. Some move out to enjoy their retirement day while some take advantage of the historical strength of sterling against many other major currencies. Some move to France as they claim that the working hours are shorter, labours are favoured than firms & less working pressure. Last but not least, some cited that UK is too congested & they are looking to stay in a ‘cleaner’ environment

I will write about implications of massive brain drain in next few postings
Posted by Lawrence Low at 9:30 AM