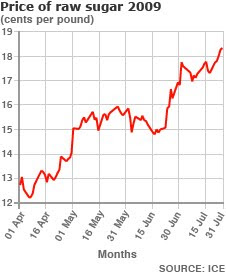 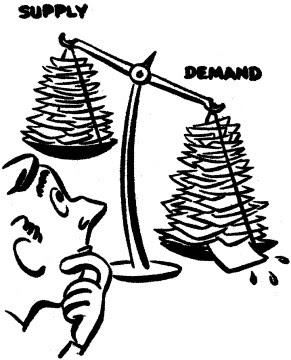 The price of sugar settled at 22 cents per pound as on Monday, a level which we have not seen since 1981. Again the fundamental cause can be explained via the interaction of demand and supply. As in this case, demand increases as Brazil intensifies its ethanol production which requires sugar

At the same time, supply decreases as one of the world largest producers, India is facing supply disruption due to unfavourable changes in weather. Its had less rain during the monsoon season. Sugar production from India fell 45% on a year-on-year basis from 2008-2009
Posted by Lawrence Low at 8:31 AM