Between National Debt And The Raise Of Retirement Age In UK

Although there are ‘green shoots of recovery’ in many of the Western OECD economies, rest assured the worst nightmare is far from over. The present credit crunch crisis although has done sufficient damage to world economy, sending prestigious financial institutions six-feet under and denying many people to employment will appear to be nothing more than a blip. The real fiscal headache will be the ‘permanent’ unbalanced equation of national debt and retirement of baby boomers

Think about this. The birth rate in many developed economies has slowed markedly and some had even fallen into negative territory like Italy and Japan, just to name a few. With declining number of young adults entering the job market, tax revenues (income, corporate, VAT, stamp duties etc) will inevitably fall. At the same time, increasing number of people is entering into their twilight years means governments have larger fiscal responsibility of paying out pensions and social benefits. The issue is where to get the needed financial resources?

One thing for sure, governments cannot forever rely on the issuance of bonds to finance these spending. Besides, much had been borrowed in recent months to bail out inefficient banks, assuming responsible of toxic debts etc. These had already caused the national debt to inflate further

Policymakers address that the most possible solution to this is by extending the working lives of British people, unpopular but the best of a bad lot 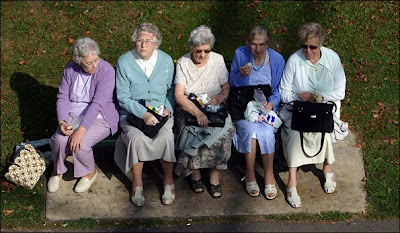 Should retirement age be increased?

(1) Alleviate shortage of skilled workforce. It is increasingly difficult to substitute a skilled worker who is retiring. Supply of skilled labours is highly inelastic. In other word, even a large increase in wages may bring about a less than proportionate increase in number of people offering themselves into the profession. This is because many years may be needed for the field such as medic, specialist doctor, lecturers, and financial advisors with ACCA or CFA qualifications etc. In short demand outstrip supply which largely explains why they are handsomely paid

(2) High productivity. Generally, skilled employees with seniority are perceived as having higher productivity (output per worker) compared to young ones. This is so, after years of repetition and specialisation. It can come in many forms. They execute decisions efficiently, produce greater number of As or publish more research articles per year, cure more patients, getting more corporate clients etc. Shall these skilled workers go into retirement, the operation and profitability of a company may be jeopardised 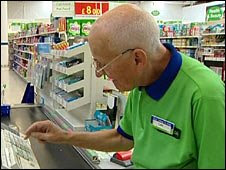 (3) Reduce national debt. The beauty of raising retirement age from budget standpoint is that, it raises revenue and at the same time reduces spending. As more Britons are working, there will be a continuous inflow of income tax revenue, at least for now. Having an income, people will continue to spend into the economy. Demand for more goods will hence ensure VAT and profitability of private sectors will contribute to more corporate tax receipts. Government’s commitment on pensions and various social benefits will automatically go down. If this policy is executed immediately, UK may once again get the debt back to the old ceiling of 40% of GDP, set by Gordon Brown

(4) Closing the savings gap. Perhaps this is the strongest argument of all. Over the years, households’ savings ratio in UK had fallen dramatically especially after UK took an exit from the ERM (Exchange Rate Mechanism). There are several reasons for this. First, UK people tend to have high marginal propensity to consume (mpc) by culture. This means, as their disposable income increase, large proportion of it will be devoted to consumption. Secondly, period of low interest rates and high inflation in early 2000s have discouraged savings due to the effect of negative real interest rates (nominal interest rates – inflation rates)

Up to date, many Britons actually do not have sufficient means to have smooth sailing throughout their twilight years, especially when life expectancy have increased. By making them retiring at 70 years of age, actually provides them the ‘second’ opportunity to accumulate more wealth. This policy helps to reduce the gap of what they currently save and what they would actually need to save for a comfortable retirement

(1) No end to increase in retirement age. Institute economists think that UK’s national debt will increase to 100% of GDP by 2015 before gradually coming down to 90% in 2023. However, the forecast may not be reliable as it assumes that this figure is within reach so long as there are no major disruptions to the British economy. What if there are external shocks such as another form of financial crisis, oil price bubble and the debt default explosion originating from Eastern European economies? Are we going to see more bailouts after this?

One thing for sure, UK can no longer tolerates another round of ‘Great Recession’, not at least for few decades (which is quite impossible). Otherwise, the government will again have to spend itself out of recession and entering into an uncharted territory of debt. Probably by that time, retirement age will have to go up to 75 years

(2) Public shouldn’t be held responsible. The late retirement fiasco aggravates once again due to the sudden hike in national debt, after series of effort to bailout RBS, Northern Rock and other inefficient bank. The present Labour and future government hence face greater fiscal constraint, having to pay for pensions and social benefits besides other productive public spending. Hence raising retirement age to 70 years old is one of the methods to ease government finances at the meantime. However, this policy has come under severe attack. Critics argue that government shouldn’t have sacrificed the welfare of millions by denying their rights for earlier retirement. Besides, why must the public be responsible for the wrongdoing of banks?

(3) Graduates unemployment. Setting such high retirement age will also deny fresh graduates from employment opportunities. This often breeds hysteresis, a situation where one finds it increasingly difficult to secure a job after being jobless for a long time period. It eventually leads to many other problems such as social ills, self degradation and lost of confidence, lost of skills and becoming even more unmarketable. Rest assured that UK’s unemployment will probably be as high as in France, Germany or even in Spain if we allow this to happen

(4) Exacerbating recession. Late retirement will exacerbate recession. As the ceiling is set at 70 years, it is expected that many people who retire slightly before the age of 65 years will re-enter the job market, thus creating competition. Increase in the supply of labour will drive down wages, something that employers will always cheer about. They may want to consider expanding their operations since production costs have fallen, leading to an increase in goods and services. However, the demand is not there since there is a fall in purchasing power accruing to lower wages. Nevertheless, there are many arguments for this

(5) Other ways to reduce spending. Again, the retirees must not be victimised. There are in fact many other ways where the government can pursue to reduce its budget deficit. For instance, give priority to development projects that have been identified to be truly beneficial in long run and not ‘pet projects’. Government must also introduce effective mechanism to reduce leakages and corruption or considering an increment freeze in public sector pay for two years

(6) Disproportionate burden on lower income group. Most of the increase in life expectancy made in recent decades has been among higher income workers who can easily gain access to good food, nutritional needs and personalised healthcare. Hence it is an easy say for well-paid elite to contemplate working up to 70 years old or more. For ordinary folk doing manual jobs which strained them physically without rewarding them financially, very often have to enter into early retirement. Hence, making it ineligible to claim for pensions and other benefits before 70 years old will create a vicious cycle of relative poverty
Posted by Lawrence Low at 6:22 AM