This term I’m teaching Unit 1: Markets-How They Work and Why They Fail as well as Unit 3: Industrial Economics. Both are for Edexcel syllabus. So do expect more posting than usual on these two topics
To begin with, I will briefly discuss about the concept of opportunity cost. It is defined as the value of next best alternative foregone. All economic agents such as consumers like us, companies of all size and government often fall into this. It happens due to scarcity of resources at one point of time. With the finite resources we have at our disposal we must know how to make the best out of it. Unfortunately, human wants are unlimited. As such, we are forced to make wise choice. Once we made our choice, our second best option is considered opportunity cost
Practical examples: 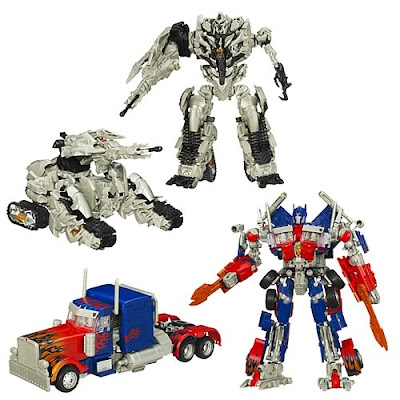 (1) Consumers. I must admit that I’m a great fans of Transformers robot and recently I spent a lot on these collectible items. Last week while I was in the store, I had about RM 250 (£43) with me and I saw two leader class figures which were Optimus Prime and Megatron and they cost RM 220 (£ 38) each. Clearly with the money available, I can only choose one. I picked Megatron. Hence my opportunity cost is said to be Optimus Prime

(2) Companies. At one point of time, a company may consider expansion outside its geographical area. However, with available reserves of profits or considering other factors such as rate of interest rate, it may only be able to choose one from the two. For instance, if Krispy Kreme is considering Malaysia and Indonesia, and ultimately in the end it chose the former, the latter is said to be the opportunity cost

(3) Government. With the worsening of budget deficit for British government, the greater will be its opportunity cost. More development projects such as the upgrade of infrastructure, road building, schools and hospitals in various parts of UK will have to be stopped. In other word, the state government will receive lesser allocation from central government, hence facing opportunity cost at every area. Or it could be a piece of medium sized land. The issue is to build a school or hospital?
Posted by Lawrence Low at 9:56 AM