Iran & The Myth Of Price Hawk 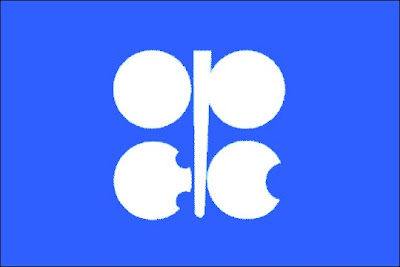 Logo of OPEC
All this while Iran is notoriously well known for its aggressive stance to deal with falling world oil price. Iran’s OPEC governor, Mohammad Ali Khatibi recently, has once again urged the other members to cut the production of oil between 1-1.5 million barrels per day & this will be confirmed when they meet in Cairo this 29th November

Last month the production of oil has actually been slashed by the same amount. The central of discussion is why Saudi Arabia & other major oil producers are passive while Iran is so active?

Price elasticity of demand (PED): Measures the responsiveness of quantity demanded for a good (oil) to the change in its price. It can also be written as:

Application: To determine whether certain goods are price sensitive or not.

(1) Inelastic PED (PED less than 1). Even when there is a large increase in the price of a good, the quantity demanded will not fall by much. Say, if the price of an item increases by 30%, perhaps its quantity demanded will fall only by 15% (that is less than proportionate). Here its PED is 0.5 (when it comes to interpretation, we are only interested with the magnitude of changes, so the negative sign is abandoned). It works vice-versa. Goods like these are less price sensitive

For goods that are inelastic in demand, producer’s total revenue will increase if the price of that good increase. Examples are like oil, cigarettes, alcohol

(2) Elastic PED (PED > 1). This means even when there is a slight increase in the price of a good, its quantity demanded will suffer a large fall. Here the changes are larger than proportionate. Say price increases by 20%, its quantity demanded fall by 50%. Therefore the PED is 2.5. Such good is very price sensitive

There is no close substitute for oil. Even if there is, we might not see them in the near future, such as the development of biofuel. Therefore we classify demand for oil as inelastic. That means even with the increase in world oil price, people will not reduce consumption of oil by much as they still need to travel to work, sending kids to colleges, leisure etc

With the inelastic nature, the best course for OPEC countries would of course be high world oil price as it will lead to higher total revenue (TR). But since its price has slumped from the high of $147 in July to approximately $49 on 20th November, no doubt OPEC members will suffer a huge fall in their TR

But one thing for sure, Iran (possibly Nigeria too) has the largest dependency on the export of oil. As much as 85% of Iran’s government source of revenue comes from oil alone. In other word, Iranian economy is too specialised & if there is fluctuation in oil price, it will largely affect their economy. Saudi Arabia, has began to diversify its economy to services sector such as tourism as a long term plan
Iran needs to negotiate with non-OPEC members

Many books & articles have given too much emphasis on OPEC countries, when the non-OPEC members are quite influential too. They are countries like Russia, Oman, Norway & Mexico

In order for world oil price to remain high, either demand must increase or the supply must be cut or both. In the current situation, definitely there will be no demand. Therefore the only option is to cut supply to boost its price. Therefore Iran needs to pursue talk with these non-OPEC members since they could potentially undermine the ability of OPEC to set high oil prices, by increasing production on their part

Simple. It does not take a genius to see this. Take a piece of paper & draw out a simple demand-supply curve. What happens when demand curve falls more than the supply curve?
For further reading: http://news.bbc.co.uk/2/hi/business/7731317.stm
Posted by Lawrence Low at 11:12 PM